“A house divided against itself cannot stand.”   Abraham Lincoln

Today is election day and what a day for rejoicing and celebration ! In a few hours all the haranguing and caustic rhetoric will end.

I know that’s unlikely. In reality there will be plenty of rhetoric and accusations to last the rest of the year. But at least the tv ads and fake political texts will cease.

That alone gives us reason to celebrate!

Did you know that the quote from Abraham Lincoln came directly from Jesus? Lincoln used it in a political speech about ending slavery in 1858. By his own admission he wanted a frame of reference that (at that time) everyone could understand.

In Jesus’ case, the statement was in reference to driving out demons. People brought a demon-possessed man to Jesus who was both blind and mute and Jesus healed him. The Pharisees witnessing the miracle said that Jesus healed the man through the power of demons. This judgment call obviously made no sense.

Friends, this is still true today. There’s an enemy at work trying desperately to divide our country, our states and our homes. He wants us to hate instead of love each other.

And no, this isn’t a political statement about any candidate. As Christians we are called to be at peace with our fellow humans whenever and wherever possible. 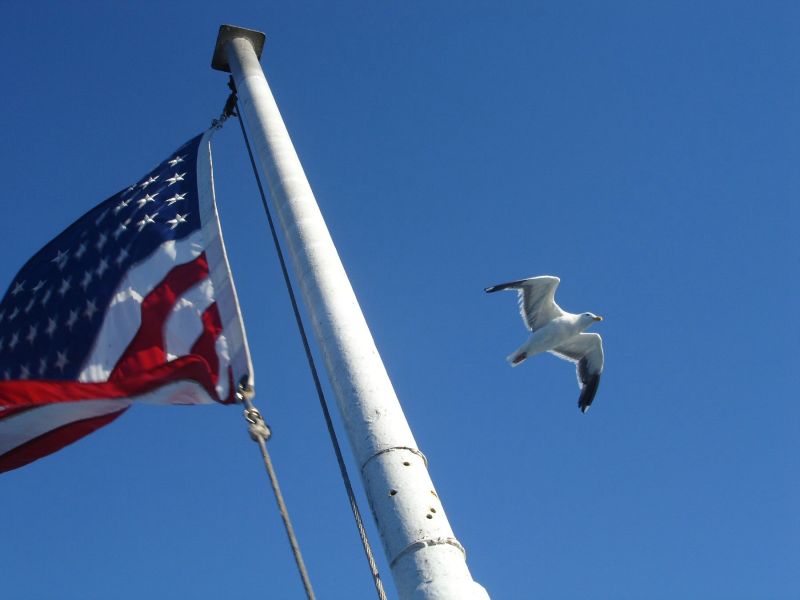 We’re also called to respect authority and to understand that whomever becomes President of the United States is placed there by God.

I urge, then, first of all, that requests, prayers, intercession and thanksgiving be made for everyone – for kings and all those in authority, that we may live peaceful and quiet lives in all godliness and holiness. This is good, and pleases God our Savior, who wants all men to be saved and to come to a knowledge of the truth. For there is one God and one mediator between God and men, the man Christ Jesus, who gave himself as a ransom for all men – the testimony given in its proper time. 1 Timothy 2:1-6

Everyone must submit himself to the governing authorities, for there is no authority except that which God has established. The authorities that exist have been established by God. Consequently, he who rebels against the authority is rebelling against what God has instituted, and those who do so will bring judgment on themselves. Romans 13:1-2

So whatever happens, let’s heed the apostle Paul’s message and live out our faith in all godliness and holiness. And let’s intercede for our leaders in prayers and thanksgiving.