In a few days, millions of Christians will celebrate Easter — an observance of the death and resurrection of Jesus, the Savior of the world.

As a child, I didn’t know about Jesus. For me, Easter was all about the basket. For some reason my father hid the baskets from us.  My brother and I would jump out of bed and spend the morning searching for it.

I suppose it was easier for a single dad to hide two baskets instead of a bunch of eggs, but it’s one of my fondest memories. I grew up in a non-religious home so we didn’t go to church and I didn’t realize the holiday had anything to do with Jesus.

It meant little more than the beginning of spring break, all fun and games! 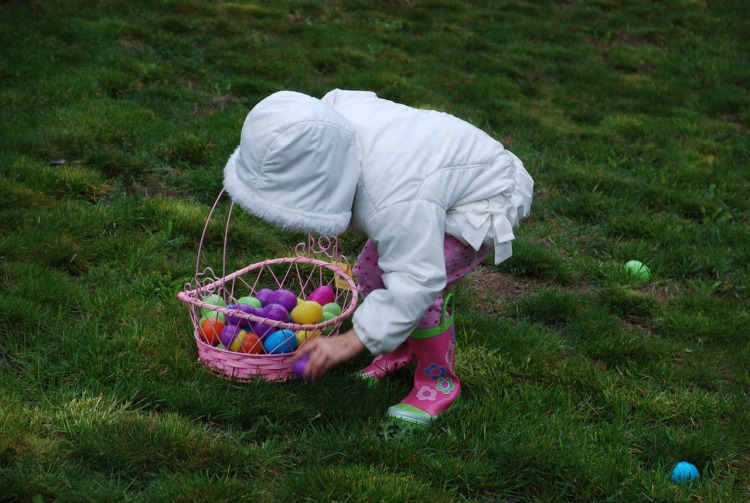 Now, Easter is ripe with meaning. Truthfully, I hate reading about most of the details surrounding the Easter story.

The way Jesus was treated before his death fills me with sadness. I can’t help but feel the agony of what he went through — the betrayal of Judas, the illegality of the trials and brutality of the crucifixion.

In my quiet time yesterday I learned something new and I thought I’d share it with you. But first I have to set the scene . . .

Jesus has already been accosted and arrested in the garden at Gethsemane. The chief priests handed him over to Pilate to be condemned to death and Peter has disowned him. He’s flogged within an inch of his life. Leather whips embedded with bits of bone and lead rip through skin and muscle.

Then he’s taken into the Governor’s hall and surrounded by the whole company of soldiers. The Bible tells us that they stripped him, dressed him in a scarlet robe and pushed a crown of thorns onto his head. And then they mocked him and knelt in front of him, saying, “Hail, king of the Jews!” After that, they spit on him and beat him in the head repeatedly with a staff.

This part of the story saddens and repulses me. But what I didn’t know is that for the Roman soldiers, this was a popular game they played with condemned prisoners. There was an actual game board etched into the floor. They would roll the dice and move the “king” around the board while the troops mocked and abused him.

Talk about adding insult to injury.

And though at any time Jesus could have commanded more than twelve legions of angels to rescue him, he didn’t.

He sacrificed himself and saved us. This is why we celebrate and commemorate his victory over death.

After the crucifixion the sky went dark and a tremendous earthquake shook the land. The only people standing near him were a centurion and a group of guards.

Matthew 27:54 says, When the centurion and those with him who were guarding Jesus saw the earthquake and all that had happened, they were terrified, and exclaimed, “Surely he was the Son of God!”

It makes me wonder how they spent the rest of the day.

What grace our God has given us — let us never forget what Easter is truly about!

2 thoughts on “Easter is more than bunnies and baskets”