Yesterday morning during my quiet time with God, my feral cat Moo Moo, began to bark. These were strange sounds coming from a kitty who’s named for a cow and meows like a mouse.

I looked up to see him standing on his hind legs on the back of my sitting room chair. He swiped furiously at something in the corner of a casement window. He’s a weird dude, but this was unusual behavior, even for him.

My big burly guy has a teeny-tiny girly voice except when he’s “hunting” indoors  — he’s terrified of the outside.

I got up to look and noticed a bee hovering near the top of my leaky window. It was a sunny and windy day so I figured I’d do him (and me) a favor and send him on his way. 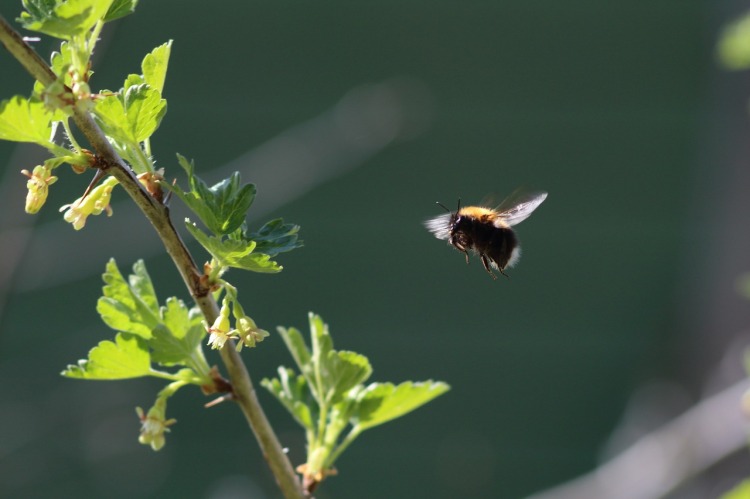 I popped open the window to give him plenty of room to fly. Instead, he flattened his wings and clung to the glass. I waited, thinking surely it’s a better option than death by cat, but he didn’t seem to agree.

So then I grabbed a magazine and gave him a gentle push, but he clung to the magazine. I helped him further by shaking the magazine into the wind, and instead of flying, he seemed to fall.

I yelled, What’s the problem you dumb bee? You’re in your element. God gave you wings!

Just then, a small still voice spoke into my spirit, Look who’s talking. You’re in your element. I gave you gifts. I gave you wings and yet you cling and refuse to pursue the purpose I have in mind for you.

Can you relate? Do you feel like God’s been calling you to something more and yet you choose to bide your time, waiting in fear or apprehension?

Sometimes he uses the pressure of an enemy or a gentle wind to shake us out of complacency. Sometimes he pushes us out of the window himself.

I wanted to share my lesson with you today because I feel like someone needs to hear it.

Our Heavenly Father created us with purpose and a plan to fill this broken world with love and light. He’s the only one who truly knows what we’re capable of, and he’ll do whatever it takes to push us toward the goal.

He won’t let us fall — he believes we can fly.