For He Himself is our peace, who has made us both one and has broken down in His flesh the dividing wall of hostility by abolishing the law of commandments expressed in ordinances, that He might create in himself one new man in place of the two, so making peace, and might reconcile us both to God in one body through the cross, thereby killing the hostility (Eph. 2:14-16).

Divisiveness is at an all time high in our country, especially in our politics and from leaders who would denounce those holding opposing views as “other” or worse, “enemy.”

But don’t be fooled. They’re not only colleagues, in many cases they’re good friends. My parents both worked for Congress and would tell stories about our elected officials. They’d attack one another in the press but in the elevators and hallways they could be overheard making weekend plans together.

Our leaders often aren’t the best example of how to get along. However, I recently learned of one group working hard to keep the peace.

The U.S. Supreme Court is a group of nine men and women deciding on some of the most important legal cases in our nation. Though each Justice is an individual, they work in unison as one body.

Despite political  leanings and personal dispositions, they have a tradition that can serve as an example to us. One is called “The Judicial Handshake” and it dates back to the nineteenth century. Each day before they go on the bench and before any discussion in private conferences, they gather and shake hands with each of their counterparts. 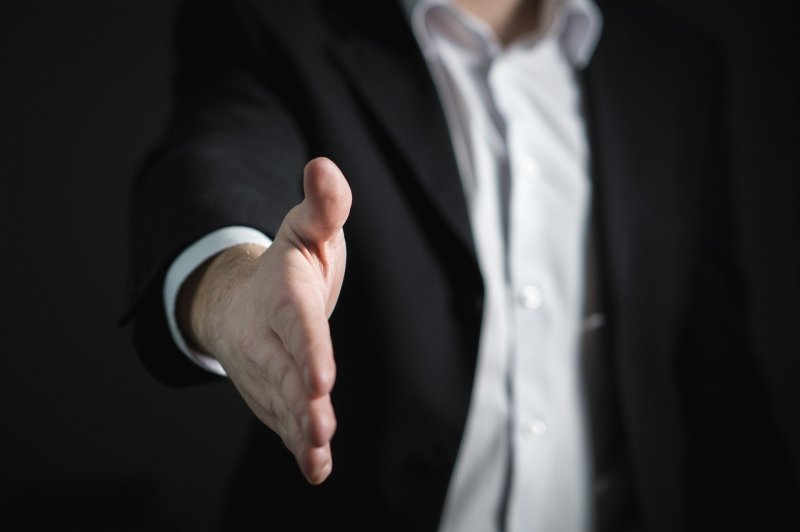 According to the Supreme Court website, there’s a reason for this: “Chief Justice Fuller instituted this practice as a reminder that differences of opinion on the Court did not preclude overall harmony of purpose.”

As believers, we’re also called to unity — to be one as the body of Christ. The “broken down” reference in the verse above is mild compared to what it actually means in Greek, which is total destruction. The hostility that formerly divided people and made them enemies suffered total devastation when Jesus chose to die on the cross for all mankind.

His purpose of making peace through reconciliation offers us a clear pattern to follow. By his example, we as his disciples are called to do the same in the here and now. We have a ministry of reconciliation.

As Ephesians 2:22 tells us: In him you are also being built together into a dwelling place for God by the Spirit.

Think about that. While much of the world is divided and dominated by hostility and enmity, a bright light still shines — us. Citizens and family members have rights and responsibilities to their leaders and relatives. Putting hostility and individuality aside for the sake of others is critical for a healthy country and household.

Jesus accomplished this for us on the cross and he calls us to pick up our cross (our responsibility) and follow his example. Just think about the difference that would make in our world!

How can you make peace with others?