The other day I took my dog, Titan, for a walk on our dock. Generally he hates this because he’s a big chicken. He’s afraid of the dark and wind but he seemed eager this day. He pulled me up the ramp, through the gazebo and toward the water. So I went with it.

I thought, well you’re not such a fraidy cat after all. We walked a short while and he stopped;  I gazed at the water and took a few cleansing breaths of salty air. Then he started pulling me back toward the house. Ah, the wind! I thought.

When we got to the gazebo I saw something out of the corner of my eye and pulled on the leash. He stopped and stoically faced forward. 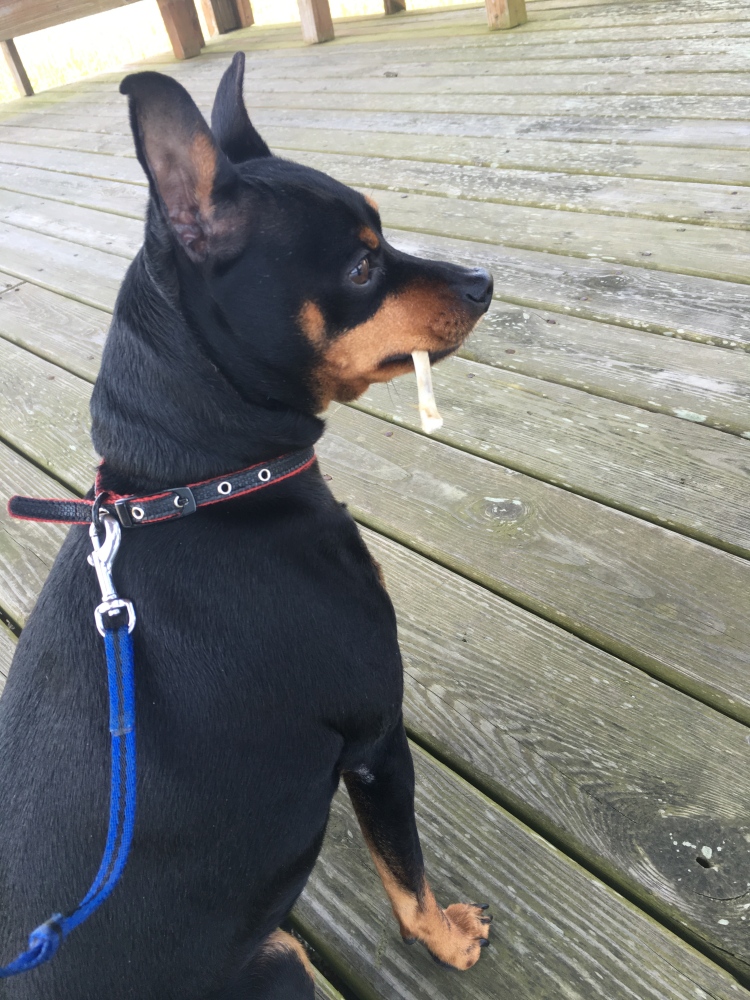 “Titan!” I barked. He just looked at me.

Then he turned forward again as if I couldn’t see him; he knows not to pick up bones.

Having a clear conscience is a gift of peace. The idea of having a clear conscience before God is woven throughout the Old and New Testaments. Interchangeable words are “heart” and “mind.” According to the New International Dictionary of Old Testament Theology and Exegesis “. . . the words have a dominant metaphorical use in reference to the center of human psychical and spiritual life, to the entire inner life of a person.”

Here are five benefits of having a clear conscience straight from the Bible. For the full stories read the scripture references. Since it’s a longer than normal post I’d suggest pouring a cup of coffee and reading it as a mini study.

God keeps us from sinning against him – Read Genesis 20:1-18 – When Abraham was traveling in the region of the Negev he told people that his wife, Sarah, was his sister. One day Abimelech, the king of the land sent for Sarah and took her. Nice huh? But God came to him in a dream and told him she was married woman. Now Abimelech hadn’t touched her so he appealed to God and claimed his innocence. He said, “I have done this with a clear conscience and clean hands.” Then God said to him in the dream, “Yes, I know you did this with a clear conscience, and so I have kept you from sinning against me. That is why I did not let you touch her.” 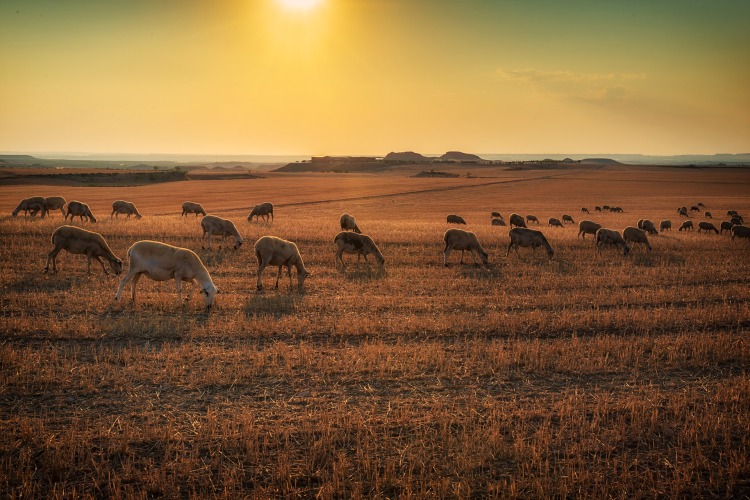 We are freed from burdens – Read 1 Samuel 25 1-34 – While David (before he was king) hid in the desert from King Saul, he watched the flocks of a rich jerk named Nabal. At shearing time it was customary for the owner of the flocks to feed the shepherds protecting them. But Nabal refused and offended David, so he came tearing down the hills bent on revenge. Nabal’s wife, Abigail, was a smart lady and rode out to meet him with gifts of food and drink. She humbled herself, called him master and said, “When the Lord has done for my master every good thing he promised concerning him and has appointed him leader over Israel, my master will not have on his conscience the staggering burden of needless bloodshed or of having avenged himself.” Abigail’s humility and quick thinking saved scores of lives that day.

The New Testament idea of conscience changes a bit as it’s influenced by Greek and Roman thought. As the New International Dictionary of New Testament Theology explains, “The avoidance of a bad, accusing conscience is worth aspiring after, yet it is even more important to have a good conscience that confirms the correspondence of faith and life.” and “The Pastoral Letters lay great emphasis on a good conscience.” In short, it’s a rule of conduct applying to us today. 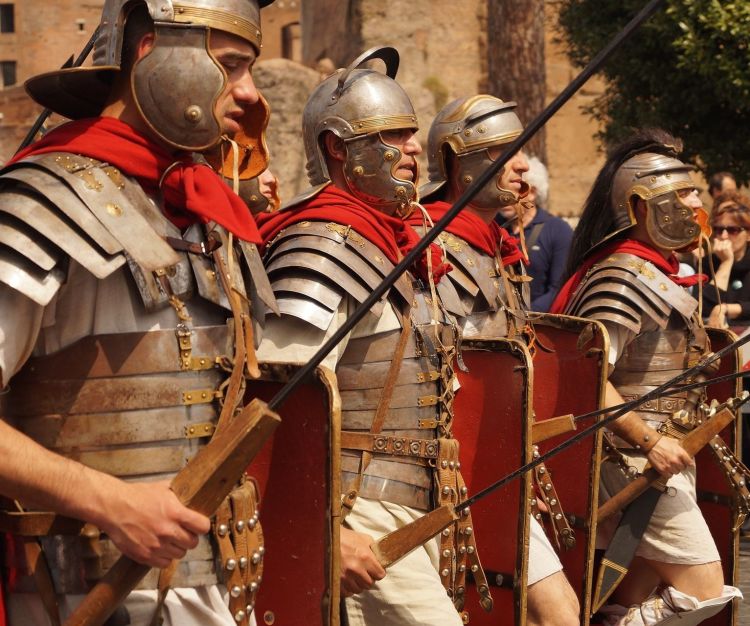 Our conscience confirms our duty before God – Read Acts 22:1-23:11 – The Apostle Paul gave his testimony about Christ before a hostile crowd in Jerusalem. Things got so violent that the Romans arrested him and the next day he was brought before the Sanhedrin to find out why he was being accused by the Jews. The Bible says, Paul looked straight at the Sanhedrin and said, “My brothers, I have fulfilled my duty to God in all good conscience to this day.” He was struck by those next to him for saying this and another violent dispute broke out. He was then taken away by force at the order of the Roman commander, but this time for his safety. But listen to this amazing sentence: The following night the Lord stood near Paul and said, “Take courage! As you have testified about me in Jerusalem, so you must also testify in Rome. The Lord himself stood by Paul that night!

We have knowledge of right and wrong – Read Romans 13:1 – Like Jiminy Cricket in the Pinocchio story says, “Always let your conscience be your guide.” Paul preached a lot about doing the right thing. In his letter to the Romans he wrote about submitting to the authorities, how it was the right thing to do (even though the Romans were known for their brutality). He writes, Do you want to be free from fear of the one in authority? Then do what is right and he will commend you. For he is God’s servant to do you good. But if you do wrong, be afraid, for he does not bear the sword for nothing. He is God’s servant, an agent of wrath to bring punishment on the wrongdoer. Therefore it is necessary to submit to the authorities, not only because of possible punishment but also because of conscience. 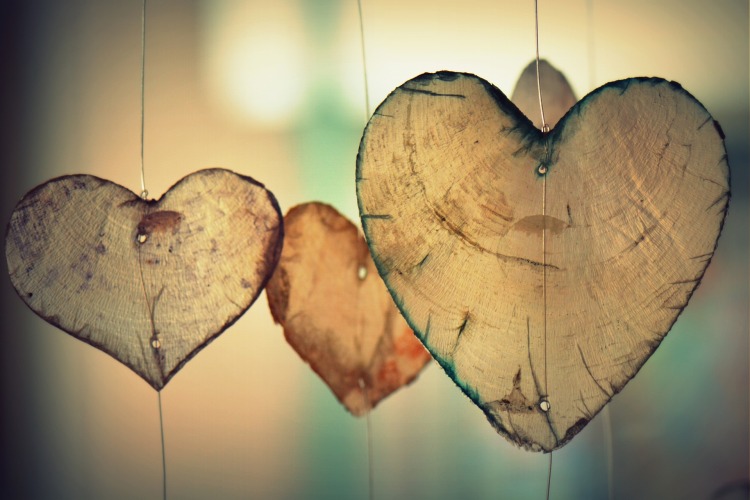 We have love – Read 1 Timothy 1:1-5 – When Paul went into Macedonia, he urged Timothy to stay in Ephesus to take care of men teaching false doctrines. It was Timothy’s job to command them to stop and instead do God’s work. Paul wrote, The goal of this command is love, which comes from a pure heart and a good conscience and a sincere faith. The combination of a pure heart, a good conscience and sincere faith produces love.

I know when my conscience is clear I feel at peace with God, but it requires vigilance on my part. Right now, I’m working on some things that need cleaning up in my own life. How about you? Which of the five benefits applies to you right now?

2 thoughts on “5 Benefits of Having a Clear Conscience”